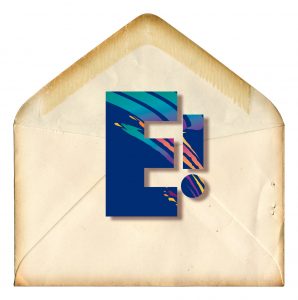 Where there’s a will : why education not modernisation is the solution

A consultation by the Law Commission for England and Wales on whether wills law should be brought into the “modern world” has reignited a long-running debate.

The independent body says that 40% of people who die each year do so without a will, having been put off by strict formality rules. It is now considering allowing texts, emails and other electronic communications to be recognised as a valid will.

I don’t believe this would simplify matters – and there is no need for simplification.

For a will to be valid it only has to comply with section 9 of the Wills Act 1837. This merely requires it to be in writing; signed by the will maker; and witnessed and signed by two people who are present at the time.
The will does not need to be dated or on paper – although this is always recommended to ensure certainty and enable revocation.

The focus should be on educating people into making wills, not on breeding ambiguities. Our work would triple overnight if an unwitnessed, unsigned email or text were enough to direct where an entire person’s estate went, as contested legacies and disputes would quickly increase.

Would an ‘e-will’ automatically revoke an earlier text, email or hard copy will, or would it need to explicitly spell this out? – which is currently the case. This is an important consideration because, while destroying a physical will automatically revokes it, you can’t destroy a text.

This doesn’t mean that will making couldn’t be done electronically. Hypothetically, you could have the will maker and the two witnesses following an online process – perhaps with short videos to confirm identity and then electronically signing off the e-format.

The key is certainty – and the more certainty about what someone wanted, the better. Whilst we should always be flexible and open in the technological age, it is difficult to imagine how doubt can be dispelled without making a will – whether electronically or otherwise.

While the rules of intestacy provide certainty when somebody dies without a will, they are blind to the wishes and circumstances of the deceased and to family dynamics, ethos and expectations. Such situations can cause disagreements and fracture relationships irretrievably.

Our team of experts are here to help. For more information about wills, trusts and contentious probates, call Martin Holdsworth on 0113 246 0055 at or tweet us on @helpwithdivorce