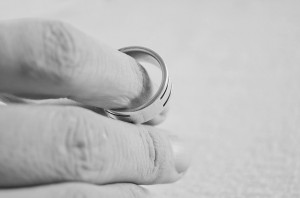 Divorce and the downside of procrastination

Any responsible family lawyer will always advise clients seeking a divorce to think very carefully before taking any action. They will stress the importance of couples openly discussing their problems and seeking the support of agencies such as marriage guidance counsellors to see if the relationship can be saved.

In many situations, the intervention of a third party or support from family can help couples to determine whether to stay together or to separate.

The issue for many couples is one of procrastination, especially when it comes to the length of time it takes them to make the decision to separate, and also to tackle the thorny problem of finance.

It is not uncommon for people who are unhappy in their marriage to have an initial consultation with a solicitor, and then wait for several years before returning to take action. Such a course rarely helps anyone.

This is more often the case when only one half of the couple wants to leave a marriage. Even when both parties know that the relationship is over, they can be hesitant to voice the matter, concerned about the impact such an acknowledgement would have on the children, the family’s home life and their financial situation.

Putting off the inevitable rarely leads to resolution. Prolonging the decision to separate, especially over an extended period of time, can have unforeseen consequences – such as potentially unfavourable divorce law and family legislation changes; financial changes resulting from inheritances or increases in income, values of investments, pensions, property, and other assets, which may occur in the intervening years and which would increase the petitioner’s liability to their soon-to-be former partner. Do not forget, as the small print often states, “the value of investments may also go down as well as going up”.

Similar issues arise where couples have been apart for a lengthy period but have never legally resolved their financial issues. Where separated couples have not reached a legal agreement they may have less control over how their partner manages the marital assets. Such an extended separation also provides the opportunity for the warring spouses to hide marital assets and attempt to put them beyond reach of any future settlement.

In addition, where the separated couple are of different nationalities, an extended informal separation could afford one of the parties the time to move abroad – where the divorce laws may be very different, dramatically limiting awards of capital and maintenance – not to mention making issues regarding children particularly difficult.

So, when you really know the marriage is over, you need to face up to the reality and act.

At the very least, enter into a formal separation with a view to eventual divorce. While there is rarely a pressing need to rush things (in the absence of an abusive relationship or one partner emigrating), there are many risks to ‘just putting it off for another year’ – and the psychological toll is certainly one that cannot be overlooked.

As the saying goes ‘procrastination is the thief of time‘ – which is possibly our most precious asset of all.

If you have any comments, queries or concerns on divorce related issues, leave a comment below, call the team at Jones Myers on 0113 246 0055 or tweet us on @helpwithdivorce