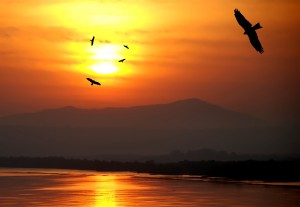 ‘Bird’s nest custody’ – a process where children live in one home, while their parents move in and out to an agreed schedule to look after them – is an increasingly popular arrangement for divorced and separated couples.

The process is highlighted in the hit TV series ‘Billions’, where US Attorney, Chuck Rhoades and his estranged wife, Wendy, a high-powered performance coach, harness it to maintain stability for their son and daughter while they try to work out their differences.

It has also taken off this side of The Pond. Many couples who have been introduced to bird’s nest custody via meditation say it has brought them closer together as they collaborate on their children’s best interests. As well as the intended benefit of stability and reduced stress for children, the process can make communication between parents more effective.

Nevertheless, there are potential pitfalls to beware of:

Difficulties and obstacles are not insurmountable, but couples would need to meticulously plan, compromise and communicate, just as in other child custody matters. It is vital that boundaries and rules are drawn up before embarking on the process.