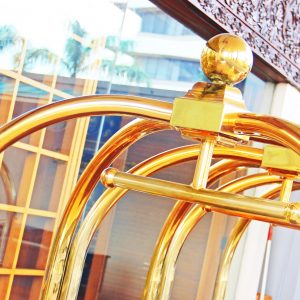 The debate over whether pre-nups in England & Wales hold their weight in court has resurfaced following the case of the bankrupt hotel porter who was awarded a £1.3 million divorce payout from his wealthy wife.

A judge ruled that a pre-nup agreement signed by Anil Ipekci two weeks before marrying Morgan McConnell, the great-granddaughter of Avon cosmetics founder David McConnell, was unfair and would leave him penniless.

As a result Mr Ipekci – a bankrupt when he met his ex wife – has received the £1.3 million windfall to buy a house and pay off his credit card, bank debts and unpaid legal fees.It is important to stress that this scenario is highly unusual. Although still not legally binding in England and Wales, in the majority of cases pre-nups are widely accepted as the sensible way for couples to avoid the potential distress, acrimony and expense associated with resolving financial matters, should their relationship end.

Their increasing popularity reflects how couples view their open and transparent nature as a positive factor when planning their wedding.

Far from castigating the agreements as clinical and unromantic, more couples are demonstrating that while seeking to protect inherited or family money, they also want to do ‘the right thing’ by each other – and by any children.

Our niche family law specialists at Jones Myers have also experienced more clients seeking to include arrangements for their beloved pets in a pre-nup.

Situations where such contracts run into problems include when judges think they have been signed in haste and under pressure. They will want to know that the partner with the most to lose understood the agreement, was not under duress when they signed it, and took independent legal advice. Courts may ignore or vary pre-nups drawn up in haste.

We always advise that the agreement is signed at least 21 days before the wedding, making full financial disclosure and securing good legal advice.

If respected family lawyers help draw up the agreement, judges can be confident that both parties understood it fully and were not rushed into it.

For information about pre-nuptial and post-nuptial agreements or any aspect of family law, call us at our Leeds office on 0113 246 0055, our Harrogate office on 01423 276104, visit www.jonesmyers.co.uk, email info@jonesmyers.co.uk or tweet us @helpwithdivorce