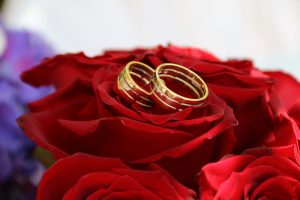 Civil partnerships or marriage for heterosexual couples: what’s the difference?

This week sees the second reading of a bill which, if passed, would enable opposite sex couples to enter a civil partnership.

Since 2004 only same-sex couples in the United Kingdom could be in a civil partnership which gives them the same rights, responsibilities and entitlements as married couples in key areas.

The case centred on 37-year-old Rebecca Steinfeld and 41-year-old Charles Keidan who met in 2010, became engaged in 2013 and have two children. Saying the “legacy of marriage”, which they believed treated women as property for centuries, was not for them, the duo became embroiled in a long legal battle for a civil partnership which they felt would best suit their relationship and life circumstances.

The similarities extend to protection from domestic abuse, inheritance claims and the process which must be followed to dissolve the relationship – with a decree absolute required to terminate a marriage and what is called a final dissolution order or nullity order needed to terminate a civil partnership.

If it passes its second reading this week, the bill paving the way forward for heterosexual couples to enter into civil partnerships has to progress through more stages before receiving Royal Assent to becomes law.

With over 3.3 million cohabitating couples in Britain, many of whom have children, the outcome for those seeking an alternative way to cement their relationship and commitment will no doubt be eagerly awaited. However, no matter what drawbacks there may be, a civil partnership offers a good deal of security and is better than the “no man’s or no woman’s land of cohabitation when there may be no rights at all.