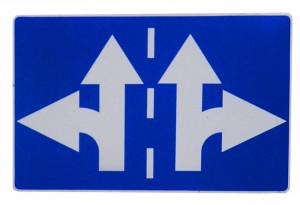 A divorce law firm exclusively for male clients – which unashamedly champions ‘aggressive representation’ and alludes to finances in divorce as a ‘treacherous affair’ – has attempted to catapult the modern day collaborative and problem-solving approach back into the dark ages.

Harnessing inflammatory language such as ‘battle,’ the practice also promotes ‘child custody’ (an antiquated term which has been replaced by child arrangement orders), among its services.

Since the launch of Resolution (of which I am a former National Chair) over three decades ago, our profession’s approach has evolved, achieving a non-confrontational approach to family problems.

Drawing on our extensive experience, I fear that such inappropriate and outdated methods could cause irreparable rifts, damage, and resentment in divorce and family issues at an uncertain and anxious time when emotions are running high.

Resolution’s code of practice encourages solutions which consider the needs of the whole family and always strives to put children’s interests first. It is wholly aligned with our ethos at Jones Myers where we help parents and couples to avoid a protracted, expensive and stressful court process through collaboration, mediation and arbitration.

The high-profile publicity afforded to the tactics of the practice in question contrasts with the mood of society – the majority of which supports the introduction of no-fault divorce which is designed to stop ‘aggression’ and ‘battles’ between couples.

Jones Myers has been at the forefront of Resolution’s sustained campaign to change current divorce law which demands that, unless couples have lived apart for two years, one partner has to take the blame. No fault divorces will make it easier for people to manage their separation and work together to avoid lengthy and stressful court disputes.

We know that striving for a perfect outcome in an imperfect situation such as divorce – is nigh-on impossible. However, strive we must and starting from a position of compromise where both parties acknowledge the wider family’s responsibilities and needs.

This spirit of compromise, which is particularly important in putting children’s best interests first, goes a long way to help those involved feel more in control over their future and benefit from improved levels of communication and planning.

Adopting an inflexible stance where hard-core financial gain, hostility and prolonged battles take priority over a process of collaboration and co-operation will inevitably lead to heartache, guilt and regret in years, if not decades, to come.