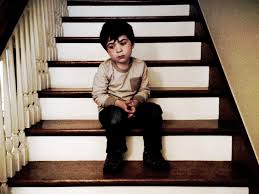 Emotional scars: the impact of the Ashley Madison fallout on children

Whatever the rights or wrongs of the high profile ‘outing’ of clients of Ashley Madison by The Impact Team hacking group, it is clear that the consequences are far-reaching.

Already, two suicides have been linked to the breach, which saw the details of an incredible 33 million – which reportedly includes 1.2 million in the UK alone – made public. Meanwhile, a number of spin-off crimes have been reported, including alleged blackmail.

And while there have been fierce arguments over morality, privacy, what is ‘in the public interest’ – as opposed to ‘of interest to the public’ – there seems to have been little discussion about the effects of the revelations on the innocent parties – the partners and children of straying subscribers.

Every break-up of an established relationship is a tragedy of varying degrees, but when children are involved, the effects are further reaching.

The hackers may consider that they were working to a higher purpose that trumped the law – unveiling mass hypocrisy, lies and deceit – and spouses had a right to know about their partners’ affairs. While some will sympathise with this ‘moral standpoint’, the priority, as always, must be on any youngsters whose previously stable home lives will be seismically affected by the revelations – in many cases, blown apart entirely.

Children involved in separation and divorce should always be the top priority and parents must always put their interests first – no matter what feelings of hurt or bitterness exist.

Every responsible family lawyer consistently advises warring couples to make their first concern the wellbeing of their children and to minimise distress for them.

It is advisable that, wherever possible, both parents sit down with their offspring to explain why they are breaking up – and how the separation will never change the depth of love they have for their children.

These vital sessions will also clarify what the split looks like, along with the practicalities involved, such as who will be leaving home, the children’s schooling and when they will see their mum and dad. Most importantly, the meeting will emphasise that the break up is absolutely nothing to do with the children – something which is absolutely critical for children to understand in advance of what lies ahead.

Sadly the millions of children, youngsters and teenagers who are victims of the Ashley Madison hacking devastation will be denied the opportunity of such a meeting to help cushion the blow at one of the most traumatic and turbulent periods in their young lives.

If you have any comments, queries or concerns on divorce related issues, leave a comment below, call the team at Jones Myers on 0113 245 0055 or tweet us on @helpwithdivorce