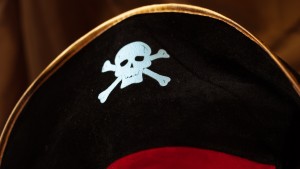 How arbitration can avoid a Johnny Depp-style public divorce

As the media continues to dissect every minute detail of the Johnny Depp/Amber Heard divorce, stories reported include claims that Johnny Depp deliberately delayed proceedings.

In our vast experience, UK divorces are rarely purposely prolonged once agreement is reached, with most people understandably seeking to avoid extending what may have been a protracted and emotionally painful process.

However, if one party refuses to file the documents for a consent order, the other can apply to the court for an order that the recalcitrant party should ‘show cause’ why an order following the terms of the agreement should not be made.

Depending upon the circumstances – and the people involved – a delay or dispute in a “high-profile” could attract the media’s attention. When a divorce goes to court, some of the proceedings are in the public domain and the press can attend some of the hearing and publish the details.

This potential risk – which would be embarrassing and distressing for the couple involved as well as their children, parents, business partners and other ‘stakeholders’ – makes arbitration worth considering to prevent intimate details being broadcast to the world.

Arbitration allows couples to reach a divorce settlement without the trauma of the courts, the sessions are held in private, which means that journalists cannot report the details of the divorce or settlement.

The hearings, which are arranged at clients’ convenience, and at comfortable venues, see the arbitrator determine who should have what. Similar to a judge, they collect relevant facts and evidence and base their decision on this evidence – taking into account the views of both parties. The Award is final and binding in both parties.

Arbitrators are not only qualified in their process – they are also experienced family lawyers who are either former judges or family law barristers or solicitors. Jones Myers founder, Peter Jones, was one of the country’s first arbitrators, when arbitration was introduced in 2012 to resolve differences on financial and property matter.

Jones Myers family lawyers are members of Resolution – a national family law group which promotes non-confrontational solutions in family law – of which Peter Jones is a former chair.

For more information on how – and why – arbitration lowers the cost of divorce, read our previous blog.

If you have any comments, queries or concerns on divorce related issues, leave a comment below, call the team at Jones Myers on 0113 246 0055 or tweet us on @helpwithdivorce.