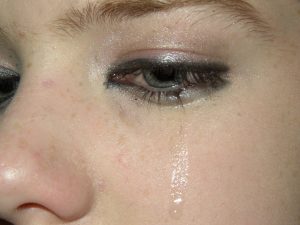 I’m unhappily married like Tini Owens – does this mean I can’t get divorced?

Being unhappy in a marriage does not justify being granted a divorce.

The Supreme Court ruling that Tini Owens must stay in a “loveless” marriage to her husband is the culmination of an expensive and protracted legal battle with wider repercussions.

The validity of the original evidence that 68-year-old Mrs Owens gave to illustrate the “unreasonable behavior” of 78-year-old Hugh Owens lies at the heart of this landmark case.Mrs Owens filed for divorce in 2015 before moving out of their marital home and the case escalated when Mr Owens refused to agree to a divorce.

In 2016 a Family Court judge rejected Mrs Owens 27 allegations of her husband’s unreasonable behaviour as “flimsy” and “exaggerated”. Last year, three Appeal Court judges said that whilst the marriage had irretrievably broken down, they rejected her appeal as she had failed to establish that the effect on her of the behavior made it unreasonable for her to remain in the matrimonial home.

The five Supreme Court justices who ruled against Mrs Owens “with reluctance” were obliged to base their decision on the original evidence she gave to the Family Court and, of course, the interpretation of the law.

With 60 per cent of all divorces granted on grounds of adultery or unreasonable behaviour, this case has reinforced the importance of submitting evidence that can be proven wherever possible. Lord Wilson, one of the five Supreme Court justices said the “question for Parliament” was whether the law governing “entitlement to divorce” remained “satisfactory”.

As expected, the recent outcome has intensified the campaign by Resolution – a national family law group which promotes non-confrontational solutions in family law – for the government to introduce ‘no fault’ divorce.

Widely criticised as ‘archaic’, the existing 1973 Divorce Act stipulates that to enable a divorce to be sought straight away there has to be allegations of adultery or behavior. In this case had Mr Owens not defended the case then in all probability an undefended ruling would have been granted. However, his defence demanded that the proof of the allegations was necessary.

The introduction of no fault divorces – a legal separation granted by the courts without one person saying anything bad about the other – would make it easier for spouses to make their separation more harmonious, avoiding antagonism and high-profile court battles. It would also avoid acrimony in regard to arrangements for the children and also finance.

Stepping up its call for reform, Resolution says the Supreme Court’s decision confirms that the “divorce crisis” in England and Wales required urgent Government action. As a specialist family law firm, Jones Myers has been at the forefront of Resolution’s no fault divorce campaign.

In the meantime, Mrs Owens must wait until February 2020 to petition for a divorce – by which time she and her husband will have lived apart for five years. This is usually a sufficient period to be granted a divorce, without a spouse’s agreement – unless they can show extreme financial hardship, which is rare.