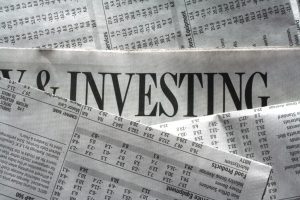 A case handled by Jones Myers has helped five Supreme Court judges to rule that a divorced surveyor should not have to increase payments to his former wife who mishandled her finances after they broke up.

The case of Graham and Maria Mills, who divorced in 2002 after a 15-year marriage, has put the spotlight on the ‘meal ticket for life’ scenario in which a wife receives maintenance in her life time.The highest court in the land rejected the Court of Appeal’s decision to back Mrs Mills’ request to increase monthly payments from £1,100 to £1,441 because she fell into debt after making bad property investments with a £230k settlement from Mr Mills when they divorced.

The Supreme Court judges were in no doubt that Mr Mills should not have to pay an additional amount due to his ex-wife’s poor financial management – and they restored the existing periodical monthly payments of £1,100.

Previous case outcomes which the judged drew on before reaching their decision included North v North in 2007 when Jones Myers successfully represented a husband who appealed against his ex-wife receiving maintenance payments following the expiry of over 20 years since separation and partly due to bad investments she had made.

Jones Myers founder, Peter Jones, said: “We can conclude from the Mills V Mills decision that the Supreme Court will not support a party seeking an increase in maintenance to bail out their financial difficulties which have been caused by their own failings.

“However, the principle of an ex-spouse receiving lifetime maintenance in certain limited situations, remains intact.

“Coupled with the substantial financial costs of this prolonged and very public dispute are the high emotional costs and stress which will undoubtedly have taken its toll on both parties. In retrospect, had they given more careful consideration of the possible repercussions, it may have resulted in both parties behaving differently.”

For more information about divorce and finances, family or children law or Contentious Trusts and Estates, call Jones Myers at our Leeds office on 0113 246 0055, our Harrogate office on 01423 276104, visit www.jonesmyers.co.uk, email info@jonesmyers.co.uk or tweet us @helpwithdivorce