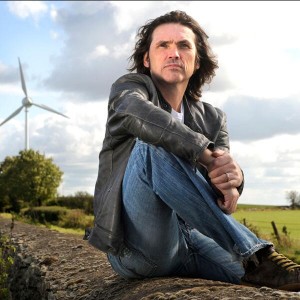 Rags to riches: benefits of a clean break divorce

The experience of green energy millionaire Dale Vince whose fortunes rocketed after his divorce is a cautionary tale for men and women who build a successful business after their marriage breakdown.

Mr Vince was claiming state benefits during his marriage to Kathleen Wyatt and even spent time as a new age traveller following his divorce 21 years ago.  Little did he think his ex-wife would drag him through the courts years later to claim a £2 million share of his fortune.

Within just three years of their divorce, Mr Vince had founded Ecotricity, a highly successful supplier of wind energy and, by 2012, the company had net assets of £56m with 75,000 customers generating turnover of £54m and profits of £500,000.

In 2010, Ms Wyatt launched a ‘financial remedy’ claim against Mr Vince – 18 years after their divorce was finalised – seeking a share of her ex-husband’s now substantial assets.

So how did Mr Vince end up in this position? This case is undoubtedly a stark warning to all to make sure that any financial settlements made at the time of their divorce are sanctioned by the court.

For Mr Vince, there is no record of whether any financial orders were made because all the papers, apart from the divorce decree itself, were destroyed and the files of the solicitors used were non-existent.

Fortunately for Mr Vince the High Court rejected the order and Lord Justice Jackson ruled that he should not be expected to pay his ex-wife part of his fortune just because he had become a successful businessman.  This was despite Mr Vince being ordered initially to pay his ex-wife £125,000 to fund her legal costs to bring her claim against him.

His case highlights what can go wrong when formal agreements, known as a consent order and a clean break order, are not entered into.

In simple terms, the consent order sets out any financial agreement in the divorce process, but it is the clean break order which is particularly critical – especially for business owners, or anyone planning to set up a business post-divorce.  This latter order formally dismisses the right for either party to ask for money or a share of assets in the future.

Mr Vince’s experience reinforces the importance of seeking legal advice when getting divorced and is an excellent reason to avoid DIY divorce websites.

Another way to protect assets is for both parties to sign a pre-nuptial agreement as a business could be regarded as a matrimonial asset to be sold or shared in a divorce. Nevertheless, the final order, whether by consent or ordered by the court, is imperative.

If you are already married, it would be worth considering a post-nuptial agreement to protect any new business ventures.

One thing to avoid if considering divorce is to hide or dispose of assets. This will be frowned upon by the court and could even land you in jail.

Jones Myers would like to wish everyone a happy time this Christmas, with family or friends, wherever you are.