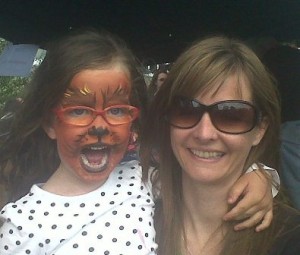 The expertise of Kate Banerjee, head of our children’s department at Jones Myers LLP, is being called on by the regional and national media in our concerted campaign to support the heartfelt plea of our client Naomi Button, who is appealing for the return of her five year old daughter Elsa who was abducted by her estranged husband in 2011.

Naomi’s plight has hit the headlines following a High Court ruling that her estranged husband Tamer Salama will remain behind bars for failing to disclose where his daughter is hidden. The judge also gave the go ahead for global publicity in the hope that Elsa will be returned to Naomi who lives in Bramley, Leeds.

In the countdown to Elsa’s 6thbirthday on 2 February, Naomi has launched a social networking campaign comprising a dedicated Facebook Page and Twitter account – @BringElsaHome – in the hope that someone, somewhere may come forward with information be able to ascertain her whereabouts.

Length and breadth of support

Our grateful thanks go out to the public and media who are supporting Naomi’s campaign to Bring Elsa Home.

Naomi’s appeal is receiving widespread coverage across TV channels including BBC Breakfast, Sky News, Channel 4, Channel 5, ITV and BBC News 24 and national press including The Telegraph and The Independent. Our local press and radio / TV stations ITV Calendar, Yorkshire Post, Yorkshire Evening Post, BBC Look North, Radio Aire and BBC Radio Leeds are behind the appeal and are running stories about Elsa’s abduction. We must also give huge thanks to local news agency for their key role in spreading Naomi’s story to newspaper readers across the UK.

As a result of this tremendous coverage and support we are receiving e-mails offering help which we deeply appreciate.

Below is Naomi’s story, which will resonate with parents everywhere. It is followed by tips and advice from our children’s department for anyone concerned that their child could be at risk.

Anyone with information about Elsa should ring the following numbers: within the UK dial 101 and ask to speak to Leeds District Safeguarding Unit at West Yorkshire Police and if dialling from outside the UK the number is 00 44 192 437 5222.

As Naomi Button faces a second year without her daughter, Elsa Salama affectionately nicknamed as a “mummy’s girl”, her estranged husband – Egyptian born Tamer Salama, 35, – remains behind bars in England for refusing to comply with court orders to return Elsa to her mother.

Naomi, 39 from Bramley, Leeds, has not seen or heard from Elsa since she was abducted by Salama from the seaside resort of Sharm El Sheikh on 27 December 2011 while on a holiday to visit her paternal family in Egypt.

Naomi has a custody order in Egypt, the support of the Child Abduction Section of the Foreign and Commonwealth Office and is backed by her MP Rachel Reeves.

Only last week Naomi’s plight was reinforced in the High Court in London.

On sentencing Tamer Salama to a further 12 months in jail for his continuing failure to comply with court orders to return his daughter to her mother, His Honour Mr Justice Cobb said that Elsa was being deprived of the “love and care” of her mother “in circumstances where I am satisfied that her father has it in his power to achieve the restoration of her relationship”.

Mr Justice Cobb told the court that Salama had failed to return Elsa to the jurisdiction of England and Wales – as well as failing to give any information about the child’s whereabouts or provide any form of contact between the girl and her mother.

The Judge added that when Tamer Salama deprived Elsa of the love of her mother and arranged for her to be in the care of his own family that was a gross act that undoubtedly justified the most serious punishment available to the court.

Salama has been behind bars since early January 2012, having returned to the UK to launch a smear campaign against Naomi following the abduction.

At the initial sentencing handed down to Salama in March 2012 His Honour Mr Justice Mitchell said it was beyond his comprehension that as a human being and a father who loved his child Salama could place Elsa outside the reach of any form of communication. He continued, “It is unspeakably harmful to the emotional welfare of your daughter. It shows me that you are a man with a hard heart, determined only to get your own way.”

The plea from Naomi and her lawyers

Naomi has no information about Elsa’s whereabouts and does not have any proof that she is alive and well. Salama says that Elsa was moved from Sharm El Sheikh to Cairo by Elsa’s grandmother (who speaks no English) but neither Salama nor his extended family has provided any information as to her exact whereabouts.

Kate Banerjee says: “Elsa was abducted by her father in Egypt on 27 December 2011. He has consistently refused to reveal her whereabouts, although we believe she is still in Egypt.

“Elsa is without the love and care of either a mother or father in a country where she doesn’t speak the language or understand the culture. We appeal to anyone who knows Elsa’s whereabouts to just pick up the phone and help us return this little girl to her mother.”

Naomi says: “To snatch Elsa away from me was the cruellest thing anyone could do. For the family to hide her and prevent her from having any contact with me and prevent any information being released is devastating and I appeal from the bottom of my heart to Tamer’s family to please give her back to me. All they need to do is to make one phone call to the British Embassy.

“I know that Elsa will be desperately missing her mum, her friends and her home – not to mention her pet cats Buzz and Junior. I cannot imagine what she must be going through. Elsa could never bear being apart from me for even a moment; she is very much a mummy’s girl. The anguish I have suffered over the last thirteen months has been almost unbearable at times.”

Advice from our children’s department

Understanding of parental child abduction is alarmingly low and cases can take years to resolve. The situation is made more difficult if a child is taken to a country that has not signed the Hague Convention, an international agreement between certain countries which aims to ensure the return of a child who has been abducted by a parent.

If you are concerned that your child may be at risk, here are some preventative steps to consider:

If you receive a threat of child abduction or if your child has been abducted: