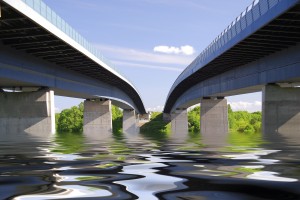 Why its important to build bridges – not barriers – in divorce

The news from Russia that a court has ordered a divorcing Moscow couple to divide up their luxury mansion by building a wall right down the middle  is an extreme example of what can go wrong when partners remain at loggerheads and rely on strangers to make their decisions.

While it is hard to imagine things going that far in this country, the case highlights the importance of compromise, cooperation and agreement between ex-partners, rather than all-out war over the division of assets.

As Resolution-accredited lawyers, Jones Myers family specialists always encourage separated and divorcing couples to consider non-confrontational, collaborative routes to a fair settlement. The main alternatives to going to court are often more cost effective and less traumatic and can leave the couple in charge of decision-making.

In collaboration, the parties each appoint their own collaboratively trained lawyer. All sign a contract committing them to trying to resolve matters by agreement, without going to court. It places emphasis on respectful and dignified resolution, putting any children at the heart of the process and keeping the details private.

Mediation sees an independent third party – a mediator – help both sides come to an agreement. It is a highly effective method for couples to discuss issues between them that can result in a swift resolution and save on legal expenses.

Arbitration, an alternative to the courts, was introduced four years ago. Jones Myers founder, Peter Jones, was the first qualified arbitrator in Leeds – and among the first in the UK – and vouches for the fact that this option is quicker and simpler and can also be less distressing for all parties. Arbitration is also likely to be more cost effective because it is not subject to the same delays as the court process.

The warring Russian couple would probably also have benefited from a pre-nup agreement on the division of their assets should they divorce.

While not legally binding, these contracts have risen in popularity since a 2010 UK Supreme Court ruling recommended that courts should uphold carefully thought-through agreements drawn up well in advance of the marriage and without coercion.

The recent increasing influence that pre-nups have on courts suggests that they will take them very seriously into account in determining fairness and the needs of both parties – and ensure that these lie at the heart of the terms of such contracts. It is thought that a court is likely to follow a properly constructed pre-nup even if the terms are not precisely what it might otherwise have ordered.

Jones Myers has vast experience helping couples reach a constructive settlement to their differences, avoiding protracted arguments and promoting co-operation between them. You can contact the Jones Myers team on 0113 246 0055.

If you have any comments, queries or concerns on wider divorce related issues, leave a comment below or tweet us on @helpwithdivorce.