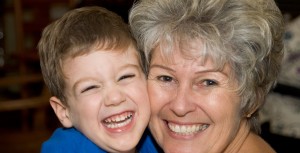 Why grandparents are vital for families undergoing divorce

While grandparents are legally entitled to make their own application for access to, or custody of, grandchildren during divorce proceedings, they have traditionally not tended to do this for fear of damaging their own child’s chances of contact.

This often leaves the older generation feeling marginalised as they wait for parents to allocate some time for them to spend with grandchildren.

Our advice at Jones Myers is that while they should not take sides in the divorce, grandparents play an instrumental role in children’s lives and should try to stay involved with them. They should emphasise the useful roles they can play – such as handovers and childcare – so that both parents will welcome them as safe, as opposed to critical, custodians.

When parents divorce, children may find themselves living in an environment that can sometimes be strained and the home of the grandparents becomes a safe haven, somewhere that offers consistency and a place where they can open up about their feelings.

Because being a grandparent after a divorce will initially be a little more complicated, it’s important to take the time to think about visits and planning days to help distract grandchildren from their parents’ problems.

If you find yourself in this situation, here are some tips that might help:

If you have any comments, queries or concerns on children, grandchildren, divorce or family law related issues, leave a comment below, call the team at Jones Myers on 0113 246 0055 or tweet us on @helpwithdivorce